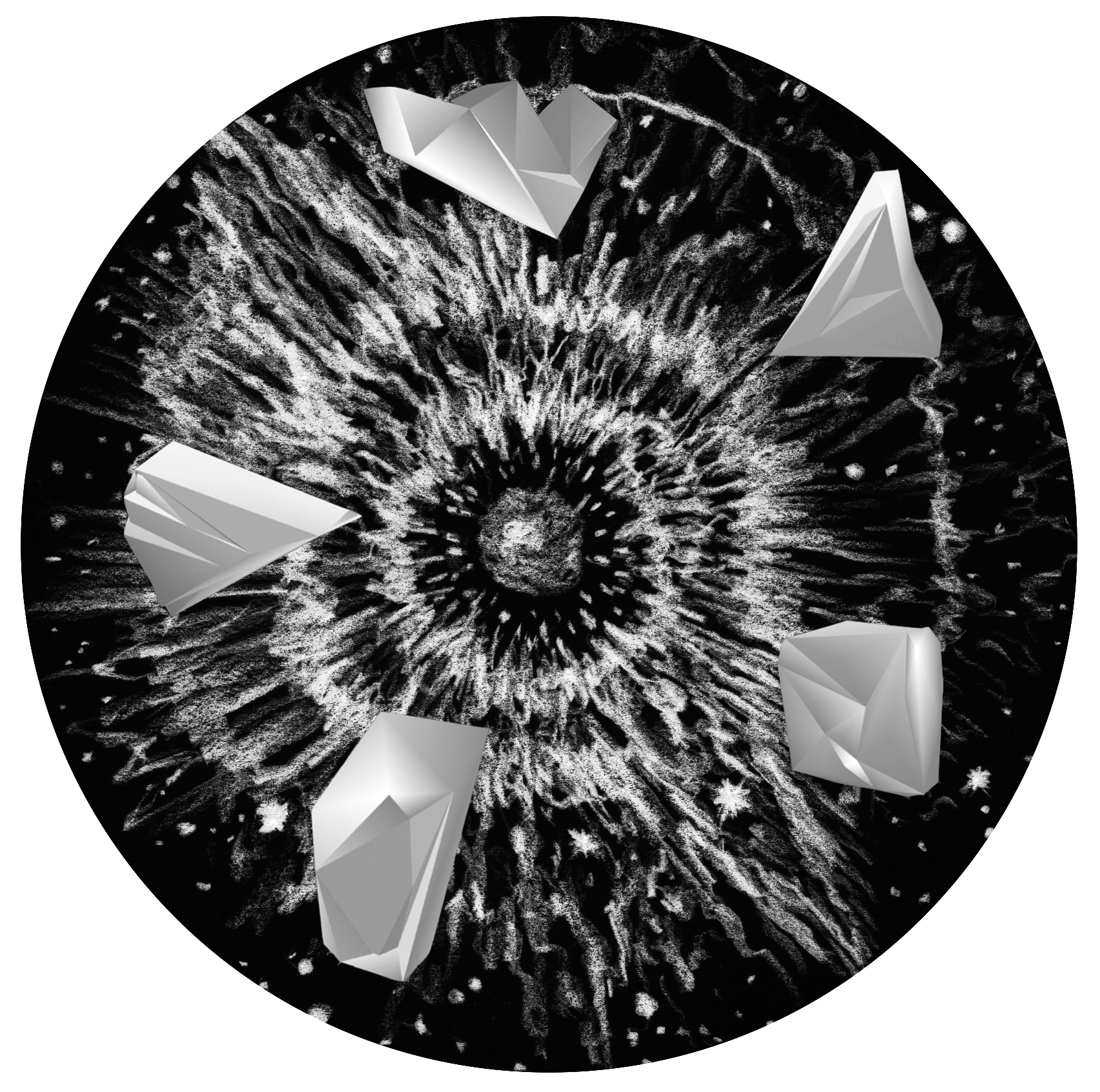 This collaborative artwork with Clarissa Ribeiro and Herbert Rocha looks at stardust that flows through our solar system from other parts of the galaxy as we rapidly move through space. In connection with the ISEA theme, Bio-Creation and Peace, we reconsider the fact that all living and non-living presences on our planet come from the activities of stars. Organic molecules such as alcohols and carbon lattices such as nanodiamonds constantly enter our atmosphere from the cosmos.

Conceived as a peaceful and playful exploration of the interstellar space, the augmented reality soundscape installation invites the audience to access the experiential dimension of space. One enteres a space with  augmented reality trackers depicting places in space where interstellar dust forms and is found, especially nebulae.  Holding an ipad mini or cell phone with an augmented reality app, one will find him/herself immersed in a soundscape populated with 3D models derived from actual nanoscale stardust particles’ images.

Both the exercise of designing the 3D representations for the Augmented Reality application from original nano scale image samples of stardust particles and the sonification projects, are part of an interventionist creative practice where different strategies for editing and data visualization were explored, producing data-environments as informational sensorial experiences – somehow touching the untouchable space between the stars.