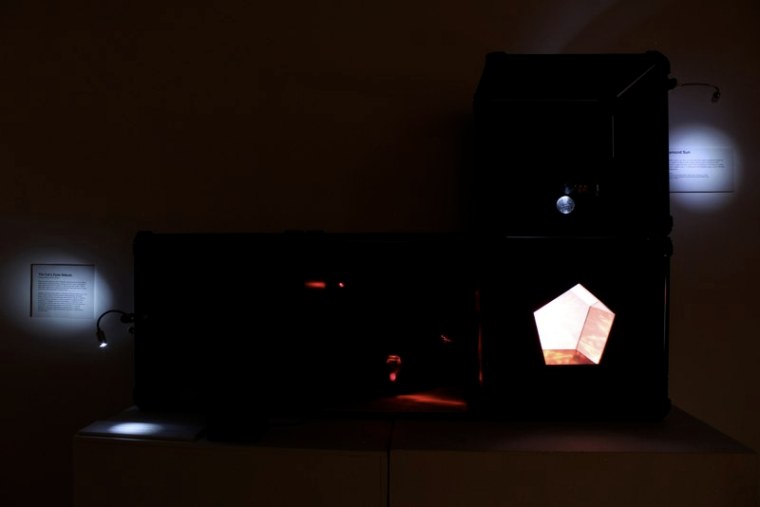 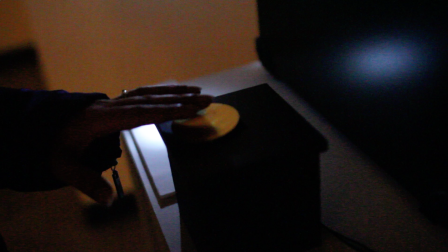 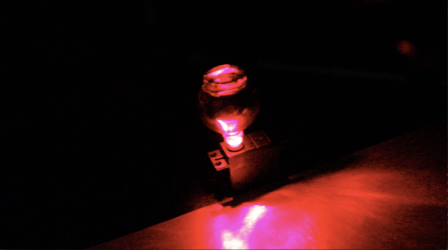 Might quantum entanglement occur on multiple scales: a subatomic level, a personal affective level, and even an interstellar level? In this telematic artwork, individuals in two locations enact quantum entanglement as complex vibrational signals, transmitted to each other via livestream between black boxes, in reference to Erwin Schrödinger’s thought experiment “The Cat’s Paradox.” In his 1935 paper, Schrödinger discusses the phenomenon of quantum entanglement, stating that “any ‘entanglement of predictions’ that takes place can obviously only go back to the fact that the two bodies at some earlier time formed in a true sense one system, that is, were interacting, and have left behind traces on each other.” The artists, Clarissa Ribeiro and Mick Lorusso, created the artwork to convey their friendship in these terms, while taking The “Cat’s Eyes Nebula”, a dying star system with a name reminiscent of Schrödinger’s thought experiment, as inspiration for cosmic entanglement. The intersecting rings of the Cat’s Eyes are so complex that astronomers suspect the bright central object may be a binary star system. These stars may be in the process of becoming two giant diamonds as they cool, entangled in space. In the artwork, originally installed at the same time in Shanghai’s Roy Ascott Studio Gallery and at the UCLA Art|Sci Gallery, lasers are diffracted into patterns that evoke the nebula. In each black box, a piezoelectric sensor captures visitor’s vibrations and translates them into the movement of diamond-like glass forms to shift the laser patterns, captured by a hidden webcam and sent via live streaming, to the other exhibition space. The Cat’s Eyes Nebula is a reflection of the invisible bonds that link man and universe. Its interactivity and reverence for the affect of the observer situate the mind itself as a quantum computer, where we as individuals can actually perform quantum entanglement through certain relationships, resulting in instantaneous communication.