During a residency at ArtMill, in the Czech Republic, I created sculptures and photos in response to the extreme algal bloom in the nearby Red Pond, caused by excessive fertilizers and pesticides from neighboring fields, while considering algae as cultivators of solar energy: biological capacitors. Vodnik, a water spirit who features in Czech stories and pulls in children that are not acting respectfully or cannot swim well, caught my imagination. How was Vodnik responding to the pollution from agriculture? Was he angry? Were his shoes or the shoes of his victims full of algae? Could one consider the algae to be cells of the Vodnik, a kind of cancerous response to the excess of fertilizer in the pond? 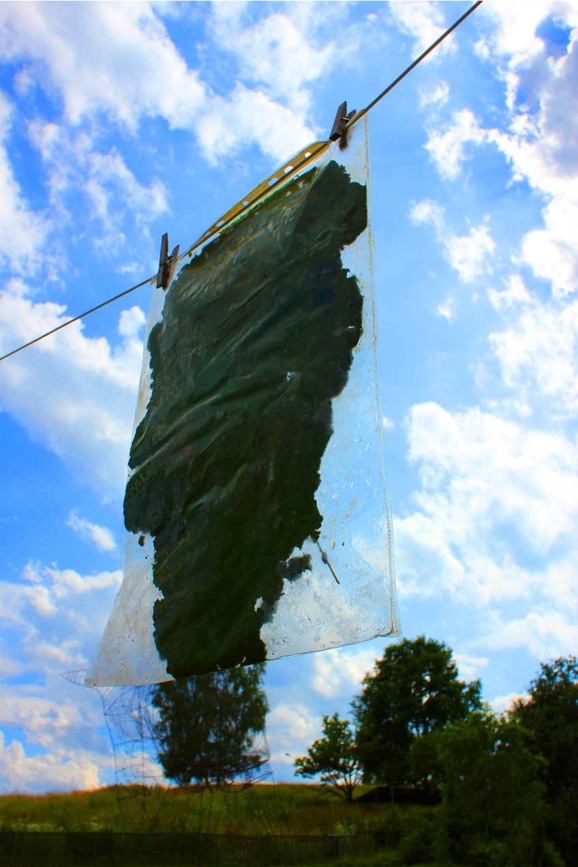 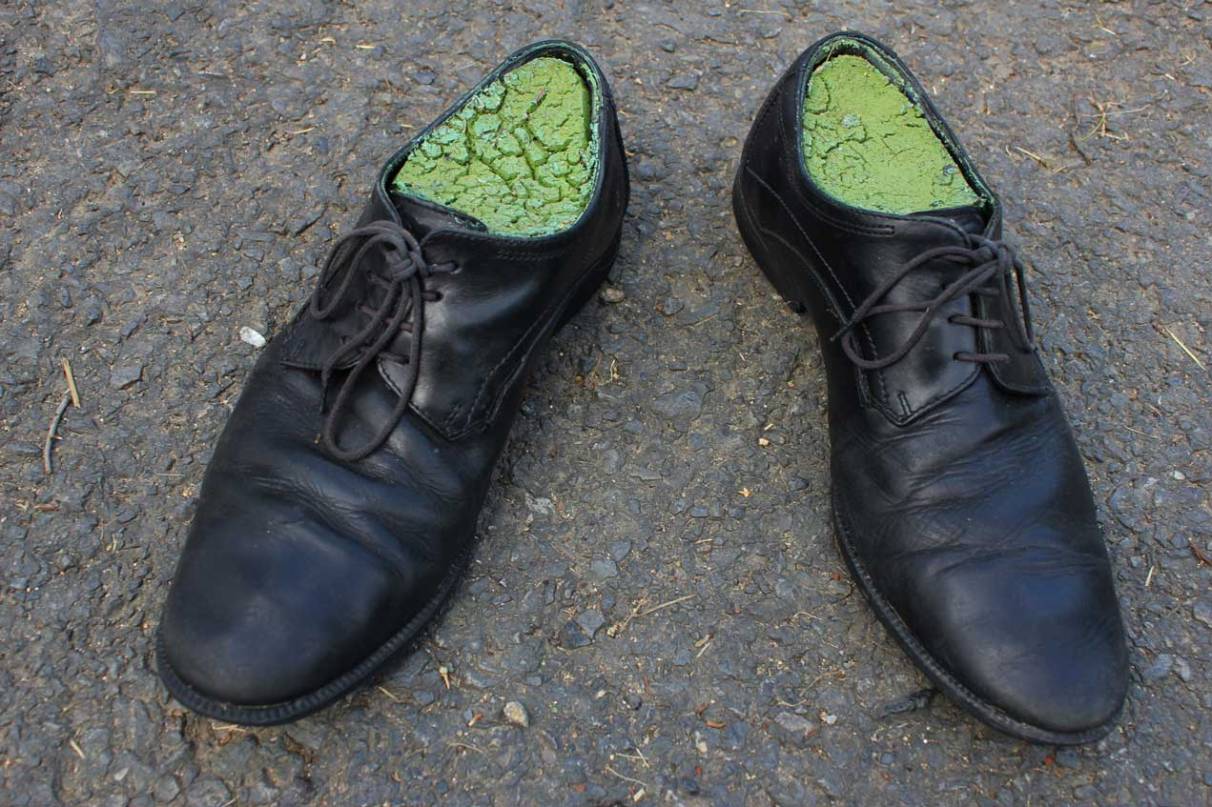 One thought on “Vodnik’s Cells”